Some previous prizewinners from the Bay of Plenty Science Fair: 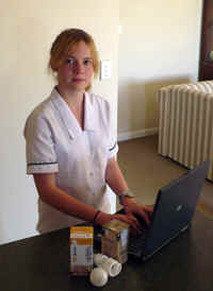 PROJECT TITLE: CFL’S, ARE THEY SUCH A BRIGHT IDEA?

Olivia tested a number of CFL’s (connected singly to a mains electrical source). She compared their varying light intensity with standard 100 watt incandescent light bulbs and lights from direct current battery torches where there should be no flickering at all. The investigation was spread over 7 – 8 weeks.

Flickering of a number of CFLs was measured to be 100 Hz. Incandescent bulbs also flickered at the same frequency, but in a less "spikey" manner.

The information originally available to Olivia suggested that CFL’s would flicker at much higher frequencies than standard fluorescent lights. Olivia sought more specialist advice and came up with a very plausible explanation for her results, suggesting that further research would be helpful.

The judges were impressed with Olivia's grasp of physics theory, and her research illustrated very well, physics concepts unfamiliar to the general public. 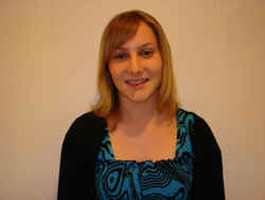 Amphipsalta zelandica, the chorus cicada, is the predominant cicada species in the Bay of Plenty region. It is found in a variety of habitats, including tall forest, scrub and grassland. However, due to its life cycle and feeding, the chorus cicada is also notoriously found in kiwifruit orchards.

The kiwifruit canes provide the female with a suitable place to lay her eggs, and this significantly weakens the cane and makes it more susceptible to breakage. This causes a huge problem in the orchards.

Most of the damage, however, is caused by the nymphs feeding on the roots and sucking the sap from them.

Melissa’s project aimed to investigate the depth under the soil surface in kiwifruit orchards that nymphs mostly inhabit. Furthermore, she investigated the distribution of cicada nymphs in relation to size.

Her results showed a relationship between nymph size and the depth they are found below the surface. 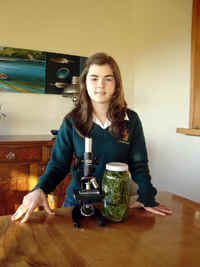 Katikati student Pippa Grierson has won a major award at an international competition for young scientists in Europe, for her research project into facial eczema in livestock.

Pippa was selected by the Royal Society of New Zealand to participate at the European Union Contest for Young Scientists (EUCYS), Copenhagen, where she won the International Cooperation Award for the best project from a guest country. The award included 5000 euros ($11,000NZD) in prize money.

EUCYS was attended by 130 students aged 16 -19 from 39 countries. It is a prestigious competition for all EU countries and this year was hosted by the Danish Government.

Pippa, a Year 12 student at Katikati College, has been researching whether agricultural lime products affect the incidence of facial eczema spores on farms. Facial eczema is caused by animals ingesting toxic fungal spores growing in the dead litter layer of pasture. Her results show that the use of lime appears to be an effective control mechanism for facial eczema spores, with residual effects lasting up to two years. Pippa, who lives on a farm, is passionate about this particular piece of research and intends to study it further.

Pippa said that attending EUCYS was an absolutely awesome experience and she has made friends with so many other likeminded students who she wants to keep in touch with in the future. “I was blown away at winning the International Cooperation Award which was presented to me at the Grand Award Ceremony, hosted by HRH Prince Joachien, the patron of the EUCYS at one of Copenhagen’s most famous buildings, ‘The Circus’,” she said.

During her week in Copenhagen she showcased her work at a public exhibition, visited the many sights of Copenhagen, including the National Museum of Denmark, and enjoyed learning about another culture. 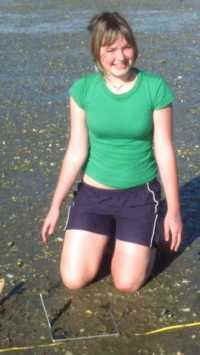 Nathalie’s research aimed to test the application of Gause’s niche exclusion principle with regard to the cockle and the wedge shell (Austrovenus stichburyi and Macomona liliana). The carrying out of Nathalie’s investigation was a very time consuming process and involved collecting from 20 quadrats at 5m intervals along a transect line perpendicular to the shore. At each quadrat the substrate was removed in 2cm sized strata and placed in zip-lock bags, which she then took to analyse. Her investigation concluded that both the cockle and the wedge shell exhibited Gause’s niche exclusion principle through differences in burrowing depth and substrate preference. 2005 Realise the Dream - AgResearch Biofutures Travel Award